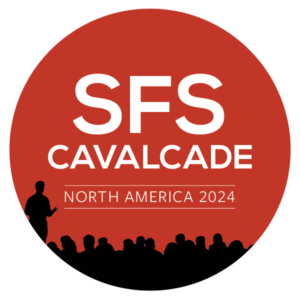 The Society for Financial Studies invites bids to host future Cavalcades. We are currently accepting bids for 2024-2026. Please see the Invitation to Bid.

Photos from the SFS Cavalcade are now available on the conference website. RAPS is pleased to announce our incoming Associate Editors:

We combined our journal Twitter accounts to create a central location for news about the SFS journals and conferences! The handle @RevOfFinStudies is now @SFSjournals. The handles @RevOfCorpFin and @RevOfAssetPric are now archives.

We are grateful to our retiring associate editors:

On the occasion of the 35th anniversary of the founding of the SFS, we’ve created a video message featuring our founders and some of our past Presidents. This video, which played at lunch at the SFS Cavalcade conference, answers the question: Why is it called the Cavalcade? Featuring:

The keynote presentations from SFS Cavalcade North America 2022 are posted on the Cavalcade website:

RAPS Executive Editor Zhiguo He was interviewed for the Publishing in Finance: Fireside Chats with Journal Editors webinar series. The interviewers were Anastassia Fedyk (University of California-Berkeley) and Sophie Shive (University of Notre Dame). The video is available to watch online – simply click here and scroll to May 12, 2022, Session 2.